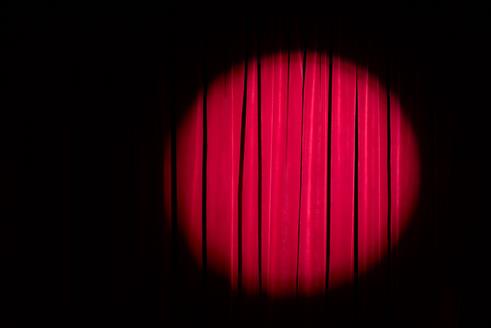 Over the past year, getting ads made in the time of corona has led me to some interesting places via a succession of Zooms, Teams and live video links. The latest stop on my virtual world tour took me to a casting studio in Buenos Aires. As I watched faraway people crack open non-alcoholic beer and give us their best look of wonder, the whole process got me thinking about the health of London’s own creative industry.

It’s a sign of the times, and of my relative newness in the world of making ads, that I’ve never yet made a piece of work with an all-white cast. This shows progress, but if it is to be the norm for future creatives, the talent has to be there to cast.

I was struck during the casting process in Argentina at how spoilt we are when casting in London. The quality of performers we are able to get for commercial briefs is truly exceptional, from their range of acting experience and styles to the sheer number of strong choices available to us.

I have always found it a little nuts that we can cast the man who played a Kempeitai in TV series The Man In The High Castle as someone who looks through a fence for Carlsberg, or the actual lead of Groundhog Day: The Musical as a mum who brushes her teeth and sprays a garden hose around for Rightmove. What highly skilled actors bring to ads, when we only have those few, short seconds to make the audience feel something, is invaluable.

The diversity of performers also makes it possible for people doing my job to cast consciously and have an eye on representation and inclusion, while putting the best performer in the right role every time.

This is a luxury and it’s not like this everywhere. In Buenos Aires, for example, the population is just over 80% white, compared with London, which is around 45% white British and more than 40% black, Asian and minority ethnic. London is also able to sustain a population of more than 33,000 actors in employment at any given time – or at least it was, until the onset of the Covid-19 pandemic, which put many creative people out of work.

Our acting talent is an incredible resource that enriches our creative output. And much of this is down to theatre. The fact that London provided actors with numerous opportunities across theatre, film and TV also allowed us in advertising to access this talent pool and make diverse, exciting and exceptional casting choices.

Across the entertainment industry, there are stories of amazing, game-changing creative talents who were given their first platform by small theatres. Phoebe Waller-Bridge first performed her one-woman show Fleabag at Soho Theatre and the Edinburgh Festival Fringe, while I May Destroy You creator Michaela Coel debuted her monologue Chewing Gum Dreams at The Yard theatre in Hackney. The Yard, like many other small theatres in London, is focused on finding and developing emerging, diverse talent, and we later benefit from this as an industry.

Yet these theatres and many others have been made very vulnerable by the pandemic. Andrew Lloyd Webber, the musical theatre impresario behind shows such as The Phantom of the Opera, warned BBC News that “the entire theatre industry is at the point of collapse”.

If theatre should go down, adland would be in many ways the poorer for it. It would mean the collapse of a vital incubator for exciting voices telling new stories, voices that shake up our landscape too.

I hope and believe that the whole ecosystem of theatres and actors will adapt and resurge. After all, we know who coined the phrase “the show must go on”. But theatre will need all the support it can get. This should come from the government and audiences, but also adland, because its loss is our loss as well.

So what could advertising folk be doing to stand with theatre? Care about this, talk about it and post it on your social medium of choice. Most of all, when theatres reopen – go. As an ad agency, why not become a friend of the Soho Theatre, The Yard, The Bush, The Arcola or somewhere like it? Host a remote bonding session by giving everyone a ticket to view some online theatre, such as Platform Presents’ Good Grief with Sian Clifford or The Bush’s Overflow. Just like in-the-flesh theatre, online shows can provoke conversations and creative thinking. And when the theatres do finally reopen their doors, there are few places better to find inspiration. Don’t we all need a bit more of that?